There have been various news reports concerning my invention. These have been published in the Journal de Montréal on July 19, 2006 on page 17 and on Canoe.com (same copy, no photograph), in news telecasts on TVA, on July 24 and 25, 2006, on LCN Informations, on Global News on August 3, 2006, in the Journal de Québec, on CBC, Radio Énergie and CKAC, in the Journal local de Chambly, in the Montréal Gazette on August 3, 2006 (also in Vancouver, Edmonton, Winnipeg, Saskatoon and Cornwall). Radio-Canada direct news October 7th 2006, Canada Français newspaper, August 23th 2006 and on the Business section of the Montreal Gazette on April 5 2010. Friday march 16th 2012, Journal de Chambly page 25.
November 13, 2018

I Kkwit présent dans vos festivals. I Kkwit present at your festivals

I Kkwit Official Partner for the third year of the International Balloon Festival of Saint-Jean-sur-Richelieu!

Its name: I Kkwit TM Urban Exterior Ashtray Tower, a word play on: I quit smoking… And at 44 years old I quit everything to start my business! Because its shape resembles the letter i, I have also added a dot on top, thus dotting my Is and crossing my Ts! It also serves as a handle to hold the cover when emptying the container. Why 2 k’s? Well the HEC have taught me the impacKt of th…
Read complete history… 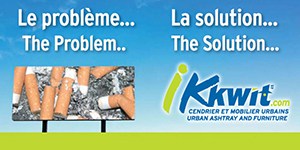 Click here to go to our plastic basket company 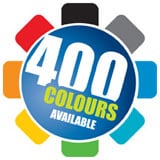